Viruses are the most devastating pathogens of almost all life forms including humans and animals. Viruses can replicate very fast and may affect any metabolic and physiological function of the host cell Virus-host interaction is a complex phenomenon and often is virus- and host cell-specific. 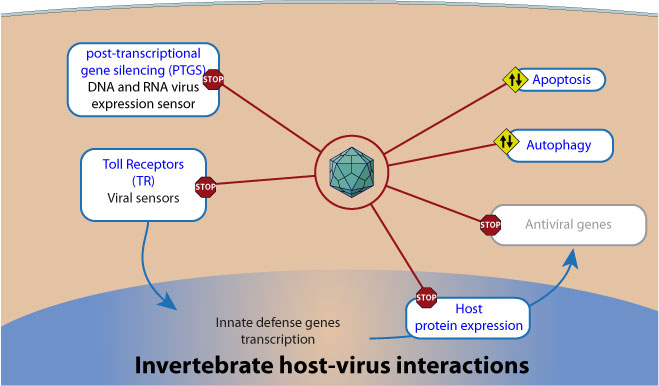 Viral diseases are the most important cause of morbidity and mortality across the world despite the major success in global eradication of small pox and rinderpest. After continuous effort, several viral diseases including polio, mumps, measles, and rubella have been taken under control. However, new viruses have been regularly making an appearance owing to several anthropogenic changes occurring in the ecosystem, changes in lifestyles, land use patterns, deforestation or afforestation, and the ability of viruses to mutate at a faster rate as compared to bacterial pathogens. Therefore, finding effective preventive and therapeutic agents against viral pathogens, those have so far not been amenable to clinical management; have been a continuous challenge for researchers and the pharmaceutical industry. Therefore, the focus of this review is on recent advances in antiviral drug discovery and delivery systems.

The viral life cycle in different hosts has some common steps such as specific receptor-based attachment to a host cell, a release of viral nucleic acid into the cell, replication of the viral genome using host cell machinery, and assembly and a release of nascent virus particles to infect new host cells. Several researchers are working on antiviral drug design targeting different steps of the viral life cycle

Owing to better understanding of functional, molecular, and genetic diversity of viruses, viral immune escape mechanisms, and replication and assembly of new viral particles, investigators have developed several new antiviral molecules [5]. Antiviral drugs may act by blocking virus attachment or entry into the host cell, by inhibiting replication of the viral nucleic acid or by preventing assembly of the protein coat that surrounds the viral nucleic acid. The advancement in antiviral drug development is concurrent with developments in other fields of biology such as molecular biology and recombinant DNA technology, which have broadened the knowledge about viral replication and viral gene expression mechanisms.

Viruses bind to a specific receptor present on the cell surface to gain entry and to release their contents by uncoating themselves inside the cell. The viruses having lipid layer must fuse their envelope with target cell, before they get uncoated. This step of virus entry into the host can be protected either by means of a virus associated protein (VAP), which resembles a viral protein and binds to all the cellular receptors

After entry of a virus into the host cell, the viral genome is transcribed into mRNA, which will direct the synthesis of viral proteins. The transcription process is mediated by several transcription factors,

Some antisense oligonucleotides (DNA or RNA) are designed as complementary molecules that can bind to mRNA and block a viral translation process. Some viruses such as HIV possess protease enzyme which cut the protein chain, so that they can assembled into final configuration. After complete viral assembly, viruses are released from the host cell and attack other cells….