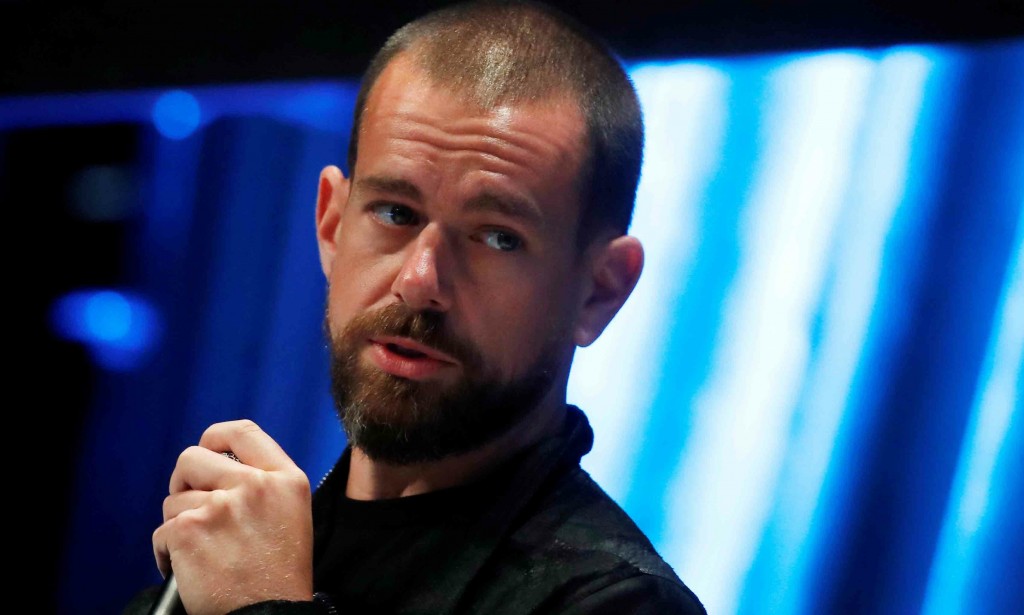 On Twitter recently, Jack Dorsey announced that he was stepping down. An official statement stated that this decision was made due of a desire by the company to move on from its founders.

New CEO Parag Agrawal is the company's previous Chief Technology Officer, and he is 'honoured and humbled' by the recent appointment. Dorsey has stepped down. 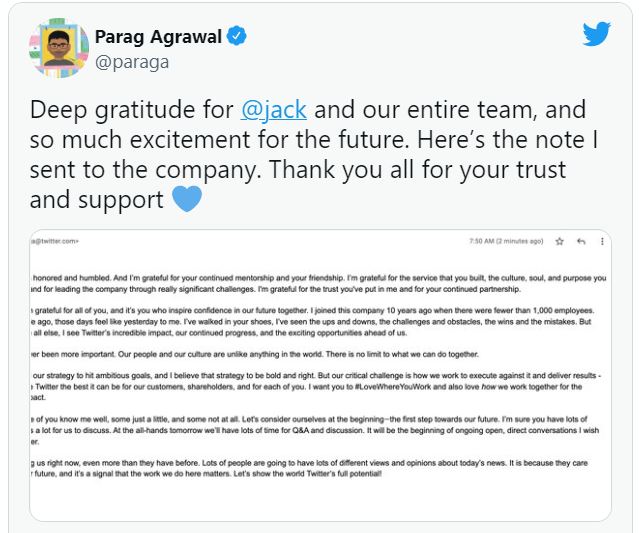 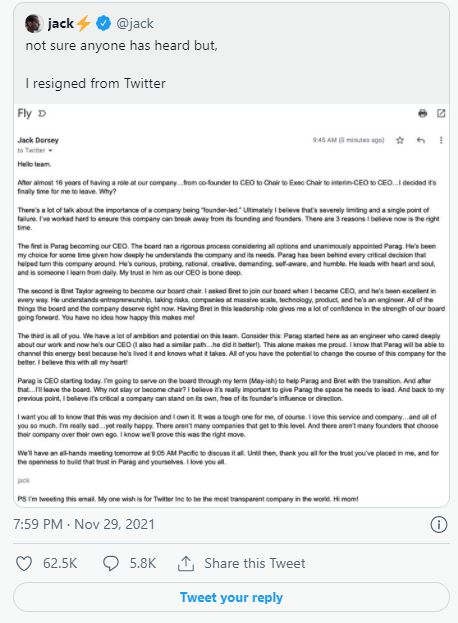 In light of this most recent development, the social media network's share price opened at 9 percent. In spite of these positive developments, its stock closed 2 percent lower than it had opened.

While Parag is in charge of the firm's day-to-day operations, Dorsey will stay CEO of Square, a company with a market capitalization of over $98 billion, which is more than Twitter's $38 billion in market value.