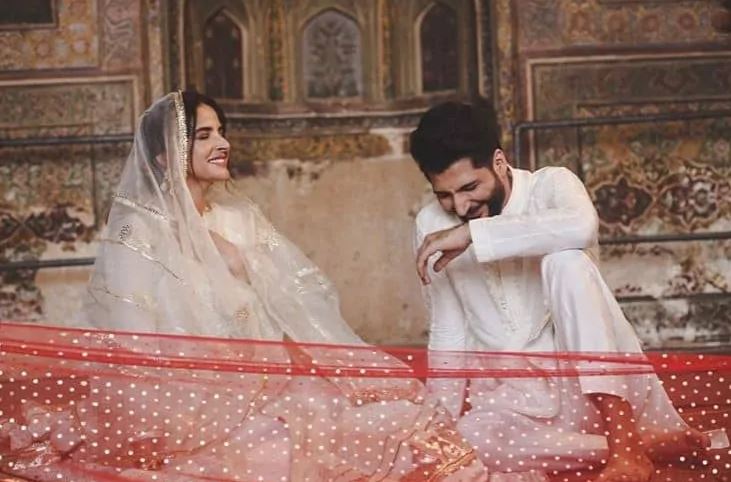 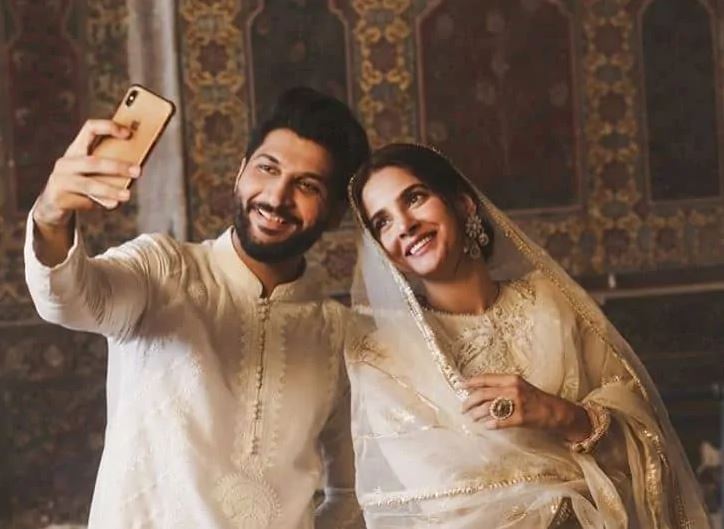 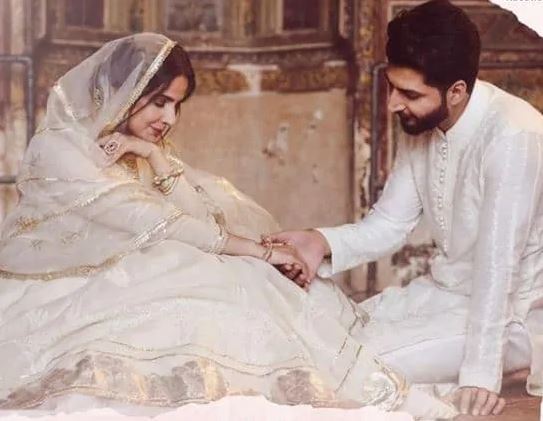 Saba Qamar and Bilal Saeed shared the news of their song Qubool Hai in a bit twisted way. Both shared a picture of the couple’s shadow with caption Qubaool Hai. Many fans and followers took it as their wedding news. Their wedding news went viral on social media. People were confused about whether they are married or not but both remained silent. After Eid, finally, Bilal Saeed shared the first look of his song and revealed that he and Saba have pranked everyone. Qubool Hai is the title of their new song. Saba Qamar is part of the song as actress and director.

Bilal Saeed and Saba Qamar song Qubool Hai has been shoot in Mosque Wazir Khan and some beautiful pics have been shared with fans. This song is about a couple who has been newly nikkahfied. Bilal Saeed has performed the role of groom and Saba Qamar has performed the role of the bride in the music video. Bilal Saeed has previously worked with singer Momina Mustehsin in his song Baari. It was a super hit song because of the amazing voice of both singers and attractive visuals.