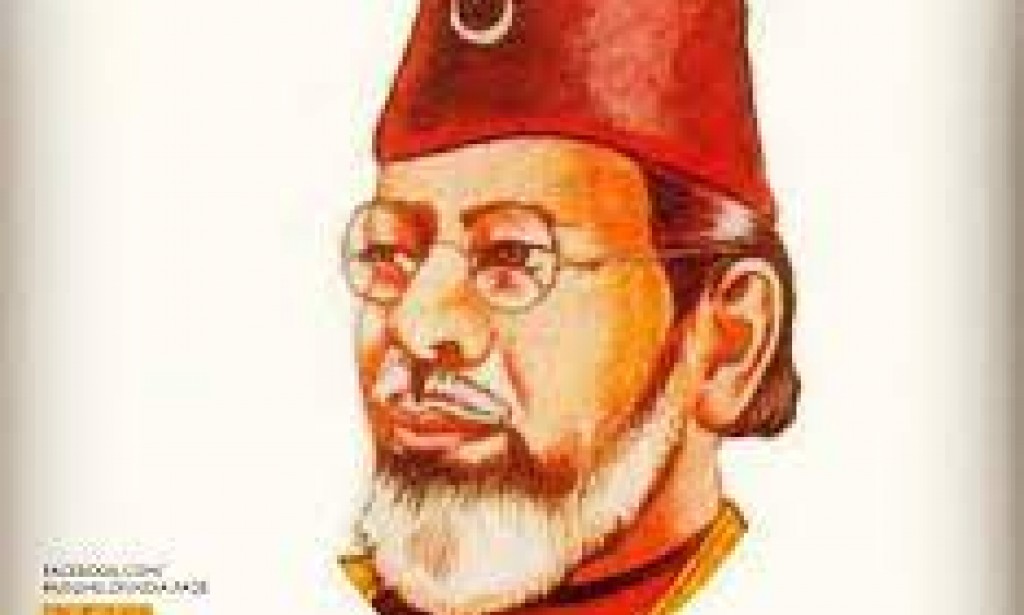 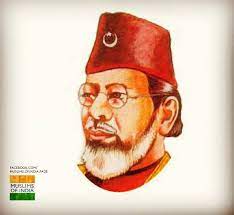 Mohammad Ali, a.k.a. Maulana Mohammad Ali Jauhar, was an ardent insurgent who fought against the British Empire. He was born on this date in 1878 in India, in the city of Rampur. A well-to-do Pathan family, he was a member of the Yousaf Zai clan of the Rohillatribe. Along with his brothers Shaukat Ali and Zulfiqar Ali, he was a legend among the Ali family. Despite his father's untimely death, his mother Abadi Bano Begum's perseverance, dedication, and selflessness allowed him and his brothers to receive a solid education. To send them to the Muhammadan Anglo-Oriental College, Aligarh, their mother mortgaged nearly all of her landed property. Throughout his college career, Mohammad Ali shown outstanding brilliance, and he was the top student in Allahabad University's B.A. test. In 1898, Mohammad Ali transferred to Lincoln College, Oxford, where he earned an honours degree in Modern History and focused on Islamic history.

His first position upon his return was that of education director at Rampur, and he afterwards served in the Baroda public service for about a decade. He was a gifted writer and orator who was well-known. Articles he wrote appeared in "The Times," "The Observer," and "The Manchester Guardian," as well as other prestigious English- and Indian-language publications, in both English and Urdu. A multifaceted mind, he was an important figure in the fight against British colonial power in the Americas. The man was a born orator, but his greatest talent was as a journalist. After the shock of the Balkan wars and the incident at the Kanpur Mosque in 1913, he became a fierce opponent of British rule. His unwavering tenacity and passion for India's independence, as well as his tenacity in pursuing the goal he held most dear, earned him the admiration and devotion of many of his fellow citizens. Founded in English in Calcutta on January 14, 1911, The Comrade was written and edited by a single person using expensive paper, and it swiftly grew in readership and influence. It was twenty months before the paper made its way to Delhi, the British Empire's newest capital. He began publishing an Urdu-language daily, Hamdard, in late 1913, and stopped in early 1915. The Mohammedan Anglo-Oriental College, then known as the Aligarh Muslim University, had been founded in 1920 by Mohammad Ali, who was also one of the co-founders of the nearby Jamia Millia Islamia, which was eventually relocated to Delhi.

As one of the All India Muslim League's founders, Jauhar attended the organization's first conference in Dhaka in 1906. In 1918, he was elected President of the League and stayed involved until 1928. Due to his commitment to Islam and belief in the caliphate, he was an enthusiastic participant in the Khilafat movement. He was a member of the Muslim delegation that toured England in 1919, trying to encourage the British government to exert pressure on Turkey's Mustafa Kamal to keep the Sultan of Turkey, Islam's Caliph, in power. A British refusal to meet their demands led the Muslim community in India to organise the Khilafat committee, which called for protests and a trade embargo. Thousands more Hindus joined Muslims in a show of unity after Ali created a broad coalition with Muslim nationalists like Shaukat Ali, Hakim Ajmal Khan, and Mukhtar Ahmed Ansari, as well as Indian nationalist leader Mahatama Gandhi, who rallied support from the Indian National Congress. The hundreds of rallies and strikes he encouraged across India were all inspired by Gandhi's demand for an all-India civil resistance movement, which he enthusiastically backed. He was imprisoned for two years by British authorities after making a speech at the Khilafat Conference that was deemed seditious. In 1923, he became the Indian National Congress's sixth Muslim president. Mohammed Ali's election as Congress President legitimised his status among nationalists, although he began to distance himself from congress after only a few months in office. A large part of this was due to bad blood between Muslims and Hindus, as well as a tendency on the part of Congress to side with the Hindu Mahasabha. Anxieties mounted for Mohammad Ali as cracks appeared in the Hindu-Muslim coalition in Bengal and Punjab, and the Arya Samaj, Hindu Mahasabha, and shuddhi and sangathan movements advanced rapidly. The Nehru report, which was released in August 1928, was the final straw for Hindu-Muslim unity in India. A conference in favour of the Nehru report was disrupted by Mohammad Ali Jauhar and others working together. 'Killing non-cooperation' was a charge Mohammad Ali Jauhar levelled against Motilal Nehru, who he said endorsed the Nehru Report. The Nehru Report's rejection of Muslim separate electorates was anathema to Mohammad Ali, who backed Muhammad Ali Jinnah and the League of Arab Nations' Fourteen Points instead.

At the London Round Table Conference in the 1930s, Mohammed Ali called for Muslims to send a separate delegation to represent Muslims. Seen in this light, Gandhi's non-cooperation movement fell apart with his appeal, as only the Muslim League was able to speak for Indian Muslims. Despite his failing health, he attended the Aga Khan's mission at the Round Table Conference because he believed that critical engagement with the British would lead to greater political gains. At the Round Table Conference, in what turned out to be his final sermon, Mohammed Ali made an impassioned statement that sounded like a dying man's final wish. Otherwise, I won't return to a former slave state. Because I would much rather perish somewhere else if it meant being free, I will accept a grave here if you don't allow me to be free in India.' Mohammed Ali, a long-term diabetic, passed away on January 4, 1931, just days after the meeting ended in London. He was buried in Jerusalem's Masjid-ul-Aqsa courtyard, Islam's second holiest mosque.