KPK plans to implement tablet computers in classrooms as part of its digitalization efforts.

KPK plans to implement tablet computers in classrooms as part of its digitalization efforts. 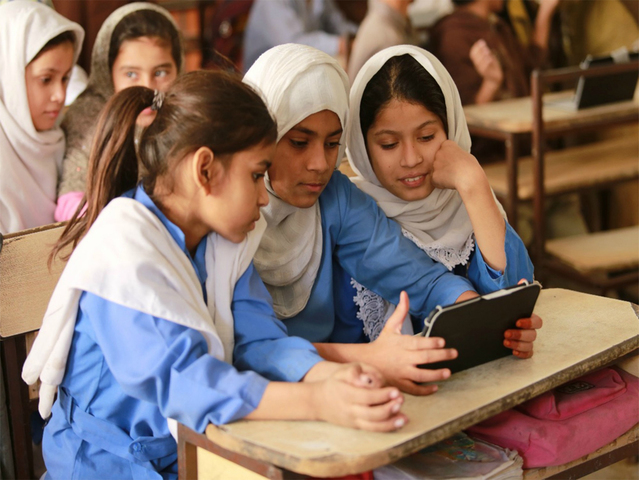 The Khyber Pakhtunkhwa administration has decided to initiate an effort to introduce tablets in its schools as part of its ongoing push for province-wide digitisation.

The "Tablet-in-a-School" programme aims to improve the monitoring process of schools in the province by utilising tablet computers in the classroom.

According to an official from the Elementary and Secondary Education Department (E&SED), a new policy has been implemented. According to the government's efforts, all teachers will now be required by law to teach in their assigned classrooms, he said.

A double shift programme for the enrolling of out-of-school students was also introduced, he said.

A total of 3,000 students have signed up for the program's initial phase, which includes 120 schools. More than 400 schools have been selected for the second phase, and the number will rise to about 1,000 in the future.

Additionally, an e-transfer policy was developed to guarantee that transfers and postings were made based on merit and openness, according to the official. The official claimed that all posts and transfers are now done online as a result of this technology.

The province government has also inked MoUs with Coded Minds and HOPE groups in order to implement the Smart Schools' Education Program in public sector schools.