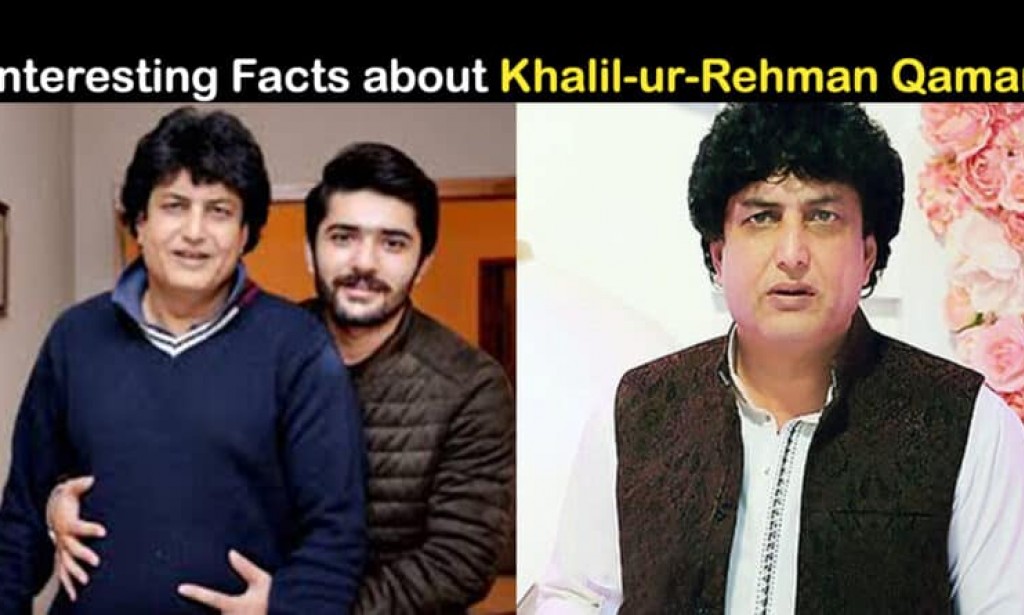 Khalil ur Rehman Qamar is an amazing Pakistani film and drama industry writer, director, and producer who is known for his fantastic scripts writing. He is attached with the pakistani Showbiz industry for a long time and had earned a lot of awards for his excellent writing work. Khalil ur Rehman Qamar is a husband of Faysal Qureshi's ex-wife. We are sharing all the information about Him, This is complete Biography and  Dramas.

Khaleel Ur Rehman Qamar is one of the famous and well known Pakisatani Writer and Director who is known for his well known dramas all over the world like Mere Paas Tum Ho, Zara Yaad Kar,Dil Lage,Sadqay Tumhaare,Pyaare Afzal and Kaaf Kangana.

Khaleel Ur Rehman Qamar belongs to Punjab.He was born in 1962 in SHah Bagh Lahore.Khalil Ur Rehman Qamar began his career with TV drama serial Dastak Aur Darwaza and later produced a film Qarz(Loan) (1997) and he wrote the film too. He wrote the famous dialogues of Ghar Kab Aao Gay (2000 film), Tere Piyar Mein, Mukhra Chan Varga, Nikki Jai Haan but he became famous from his TV serial Boota from Toba Tek Singh (1999). Later he used the same style in his TV Drama serial Landa Bazar (2002) and Love, Life Aur Lahore.

If you want to know more about Khalil Ur Rehman Qamar Life watch his drama serial Sadqey Tumhaare that is based on his rela life events and that is why he became a writer.

writing and due to his Dramas and His Drama Mere Paas Tum Ho has made record TRPs.