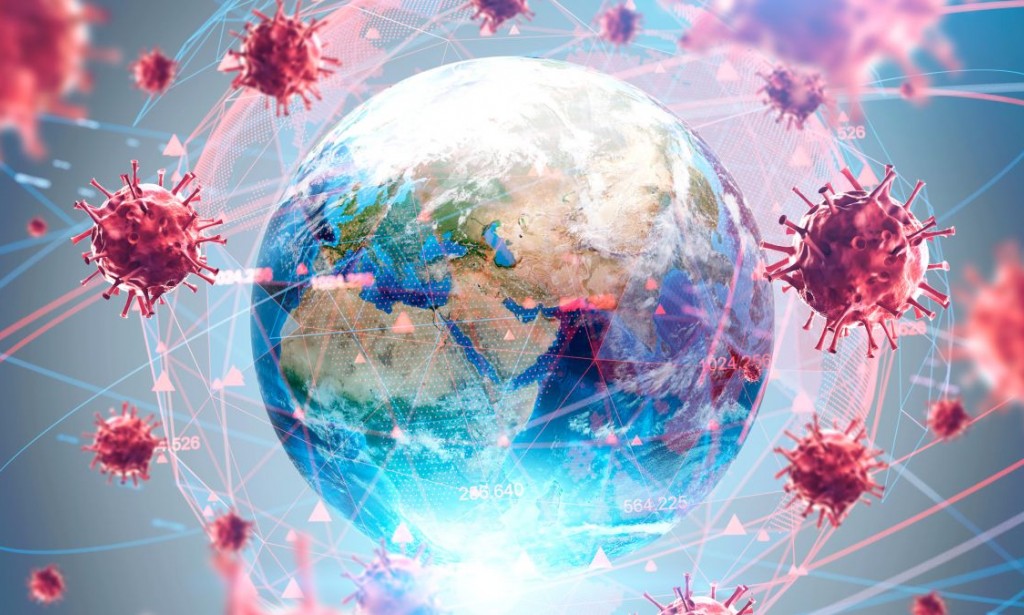 Is Corona the end of the world?

Corona has permanently changed the face of social life on a global scale. Safety masks and gloves will become an integral part of everyday life. Man has begun to run away from man.

What will happen in the world now, no one has the final answer, but what can happen now? Many people have the answer. What will the world be like with or after the corona virus? After Corona, the world will be completely different. The way of thinking will change. Will the deadly corona virus be eradicated in two months and will its vaccine be available for free? Will it decrease in intensity to such an extent that life will return to its old ways? Will it be exacerbated by the fact that there will be many more cases and deaths from now on and life will become extremely difficult? How to keep up with it.

Whether it is an epidemic or a natural disaster, it shakes the world. Corona is not only pointing to the decline of the world, but also pointing out that the world system will change after that. Corona is also saying that the atomic bomb has become the oldest weapon in the world and now the world will be ruled by biological science, not the atomic bomb, the world will go digital. Even in World War II, it was thought that the end of time and the appearance of Imam Mahdi (as) was imminent, but after World War II, Europe entered a new era of economic and industrial development and a modern system began in the world. After which Europe developed so much in the economic field that with the formation of the European Union, Germany, France and England became among the most powerful countries in the world.

The world's thinkers and analysts are wondering what the future holds for the world after Corona. According to some thinkers, the current state of the world is in danger and the world is about to change.

There will be a new system and the way of governing will also change. Some thinkers think that we have reached the end of time, the redemption of humanity, the appearance of Imam Mahdi (as) is near. Corona is also being dubbed World War III, which shook the world. The corona virus is worse than a tsunami, whichever way it goes, wreaking havoc, killing millions, wreaking economic havoc. Corona's fears and anxieties are in place, but what will happen to the world after Corona is even more worrying. Many important questions are raised, what will happen to the world after Corona? What important events are about to take place? Is this the third world war? Is the world economy on the verge of collapse and a time of famine approaching? Will people arm each other for a tissue paper? Is the end near and Imam Mahdi (as) is about to appear? Is the world yours? Is the world coming to an end? Will the world's economic situation change, will the world be more colorful, will the world prosper again? And many such questions as what will happen in the end?

The most powerful countries in the world, the United States and Europe, who consider themselves the saviors of the world, do not understand how to deal with this virus, even these countries seem to be helpless against this virus. They are also admitting it out of fear and intimidation, an example of which is the suicide of the German Minister of Finance Thomas Schaefer. Leading American thinker and analyst Immanuel Wallerstein, who is also a sociologist and economist, states in his book The Modern World System that the world system is bipolar. It is moving east and west towards three poles or a few poles. The question is, is this dangerous corona virus going to destroy the world's current system and lay the foundation for a modern system? And is this corona virus a biological weapon or a natural virus? Some of the world

In 2013, an article wrote that the United States would have to withdraw from Iraq and Afghanistan after a crushing defeat, and that the dollar would be replaced by the Chinese currency, the yuan, or Russia, China, Turkey, Iran, Pakistan and some other Asian countries. Introduce a currency alternative to the dollar, which will make the United States look like a weak and helpless old man who can only show his survival, and the European countries will not be so important. Looking at the situation in the Middle East, it can be said that the United States is now breathing its last in the Middle East and under no circumstances can it succeed in this region. Following the martyrdom of General Qasem Soleimani, commander of Iran's Guards Corps, US success has traveled from difficult to impossible in the Middle East.

The United States blames Iran for its decline. Iran opposes and obstructs every US policy in the region, which is why the United States considers Iran its greatest enemy and imposes strict economic sanctions on it. Corona has digitalized the world, and our education system, which has never been online, is also coming online. It is based on the fact that the world is changing and the system of life will change radically. And it will take time to recover from the economic downturn in the world.

Hi I am Muhammad Sadiq .I am expert in articles.my experience in articles of 5 year.I will provide best article on any topics.