Gunjan Saxena Movie Review: Dear Bollywood, THIS Is How A Biopic Should Be Treated! 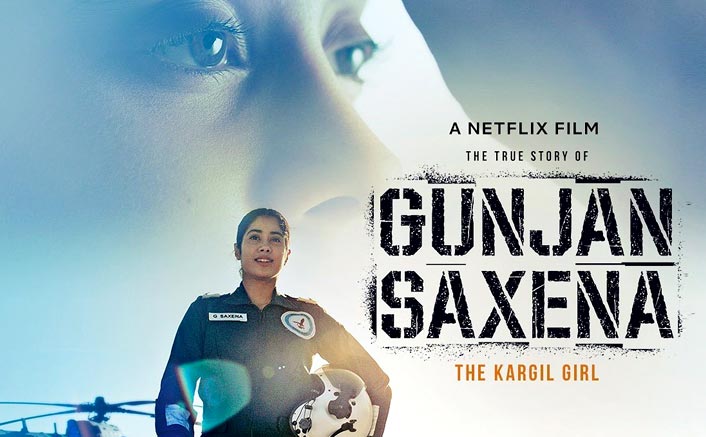 What’s Good: It’s a biopic with patriotism as the backdrop and it doesn’t include National Anthem for the sake of it & also it’s a must-watch because of Janhvi, Pankaj and an incredible story!

What’s Bad: I’ve nitpicked a few things below, but the most shattering thing is to watch a film made for cinema-halls at home

Loo Break: I didn’t even pause for the fake interval in-between, it’s under 2 hours and a watch at one-go film

Watch or Not?: Even if you’re not from the herd asking to go boycott this film for some stupid reasons, watch it and then try to ask for the same

Gunjan Saxena’s (Janhvi Kapoor) obsession with aeroplanes started when she sees its cockpit as a kid. The decade is of the 90s and she faces opposition from every side for her decisions to be a pilot. Everyone apart from her father (Pankaj Tripathi) is against her but her passion for flying planes boosts her undying wish of years.

She faces many obstacles in her way of being a pilot and the story is all about how she clears them. How she pivots her dream from being just a pilot to join the air-force. How she’s the only girl of her batch facing an army of men and the disparity. How she’s allotted one of the most important missions – Kargil War and much more. 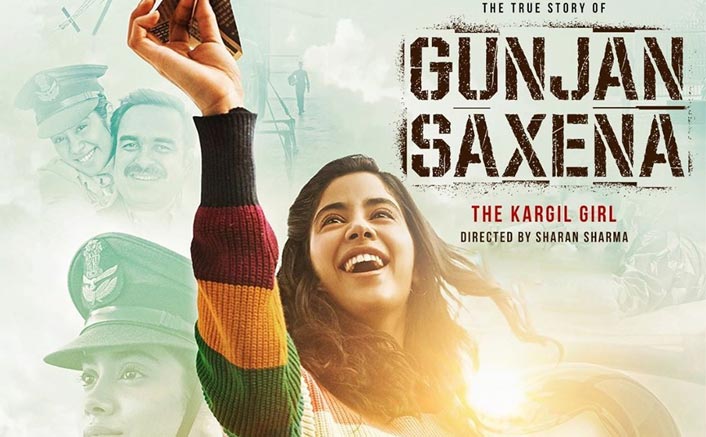 The script of Gunjan Saxena is the celebration of one very underrated writer of Bollywood – Nikhil Mehrotra. The man behind movies like Dangal and Chichhore (missed the mark with Panga), Nikhil yet again proves what a good script can do to a film. Teaming up with director Sharan Sharma, Nikhil fixes most of the errors that Bollywood has messed up with biopics.

Keeping the length under 2 hours (WOW!), Nikhil manages to keep everything in exact proportion. Be it Gunjan’s equation with her family (especially father), her hurdles in becoming the pilot, the tension of war, every little thing is packed in very limited duration, and still, nothing rushes to reach the finale.

Editor Nitin Baid (Masaan, Raazi, Gully Boy) has said, “The invisibility of editing makes it a well-edited film” and that’s what he follows here. Another underrated artist of Bollywood, Nitin has been a fan of ‘move the plot’ style of editing and Gunjan Saxena is crisp because of the same. He manages to move the plot putting in interesting things at frequent intervals.

Manush Nandan’s camera aptly captures the tension, emotions and thrills. Stunt coordinator Marc Wolff (Mission Impossible) makes sure to keep the action profound and non-gory, which is a good (for CBFC) and a bad (for the lack of authenticity) thing. There are some gritty jingoism-free dialogues (additional: Hussain Dalal) which incite the patriot in you.

The moment I saw Janhvi Kapoor consoling Ishaan Khatter in Dhadak’s train scene, I knew she had it in her. She puts in everything at the table to prove she’s more than what’s she projected to be. She had an advantage of not mimicking the character she’s portraying because not many have heard Gunjan Saxena speak. But despite that, Janhvi makes you believe this is how she would walk, talk, react to a certain situation and that’s her biggest win.

Back when Dhadak released, I wrote “What a surprise!” Let me know your thoughts after watching this film. Without comparing the achievements of Gunjan Saxena, I would say Janhvi did well in the ‘facing disparity’ scenes for a reason and we all know what that is. Trolls, this was for you.

Though the movie is about Gunjan Saxena it’s only because of Pankaj Tripathi, we get to see what made her what she’s today. With an extremely controlled dialogue delivery, Pankaj instantly becomes the emotional core of the film. A perfect example of a successful two-way formula of how a character is written and how it is performed. Sir Tripathi not just performs what’s written for him but also adds his usual magic to it.

Vineet Kumar Singh playing the role of commanding officer Dileep Singh is a sour cherry on the cake. Why sour? Because of how well he brings out the crudeness of his character. Angad Bedi shines in a small-yet-meaningful character of Gunjan’s brother. Without overdoing anything, Angad subtly performs his character and leaves a mark by the end. Wished to see more of Manav Vij and Ayesha Raza Mishra, but not complaining because this could have stretched the perfect duration.

This is an extremely promising debut by Sharan Sharma. He has been with Dharma for quite a long time now and has chosen a perfect film to skyrocket his career with. Effortless is the main keyword for his direction. He manages to keep everything smooth, but at times I felt things way ‘too polished’ for a film set in the 90s. I know everything need not be ‘vintage’ in the period dramas but an added nostalgia would’ve been appreciated. It never feels like a film set in the 90s, which should’ve been taken care of.

Amit Trivedi’s music is a mixed bag for the major reason of being presented with very ordinary lyrics by Kausar Munir. Such films require ‘words’ more than ‘music’ and that’s where it falls flat. Dori Tutt Gaiyaan is used perfectly in the film. Bharat Ki Beti clicks but not in a way it would’ve with better lyrics. John Stewart Eduri doesn’t disappoint as the background score syncs in perfectly with the mood. It does what a good BGM should do – lifts the adrenaline-filled scenes.

All said and done, Gunjan Saxena comes close to the definition of a ‘perfect biopic’ in Bollywood. Who knew Pankaj Tripathi’s dialogue of, “You’ve spent a lot of time on the runway, fasten your seatbelt because it’s time to take-off,” to Janhvi Kapoor in the film would prove to be true for her in real life.