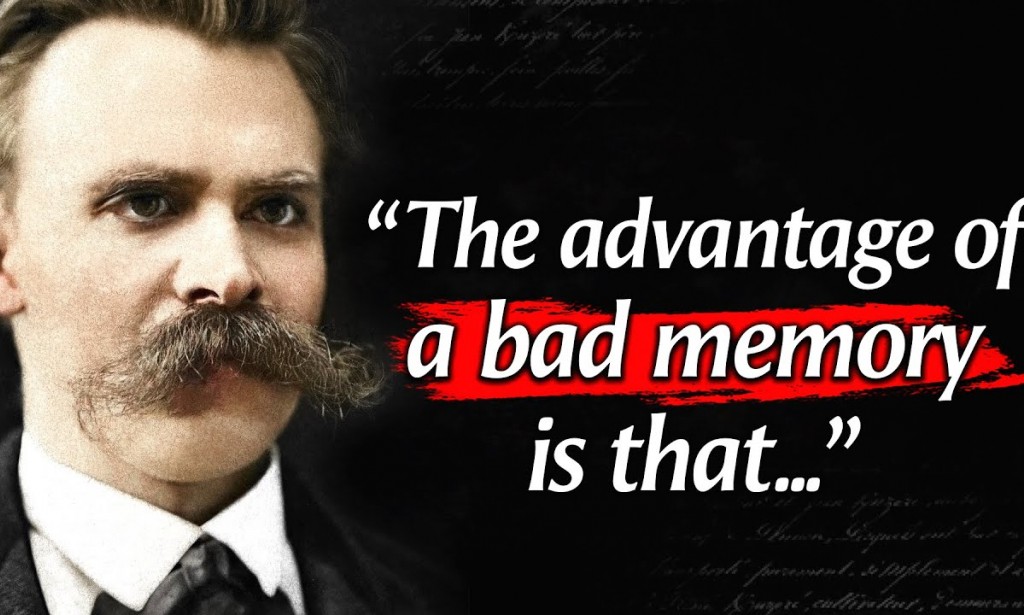 Friedrich Nietzsche's Quotes you need to Know in 60

That which does not kill us makes us stronger.

Sometimes people don’t want to hear the truth because they don’t want their illusions destroyed.

It is not a lack of love, but a lack of friendship that makes unhappy marriages.

Whoever fights monsters should see to it that in the process he does not become a monster. And if you gaze long enough into an abyss, the abyss will gaze back into you.

The higher we soar, the smaller we appear to those who cannot fly.

One ought to hold on to one’s heart; for if one lets it go, one soon loses control of the head too.

The snake which cannot cast its skin has to die. As well the minds which are prevented from changing their opinions; they cease to be mind.

I’m not upset that you lied to me, I’m upset that from now on I can’t believe you.

No one can construct for you the bridge upon which precisely you must cross the stream of life, no one but you yourself alone.

Today as always, men fall into two groups: slaves and free men. Whoever does not have two-thirds of his day for himself, is a slave, whatever he may be: a statesman, a businessman, an official, or a scholar.

There are no beautiful surfaces without a terrible depth.

The lonely one offers his hand too quickly to whomever he encounters.

You have your way. I have my way. As for the right way, the correct way, and the only way, it does not exist.

Man is the cruelest animal.

The true man wants two things: danger and play. For that reason he wants woman, as the most dangerous plaything.

What does your conscience say? — ‘You should become the person you are’.

Blessed are the forgetful, for they get the better even of their blunders.

Here the ways of men divide. If you wish to strive for peace of soul and happiness, then believe; if you wish to be a disciple of truth, then inquire.