Is there too much gender in politics, too much stereotyping of female and male? Today I will answer all of these questions in the light of Quran and sunah. 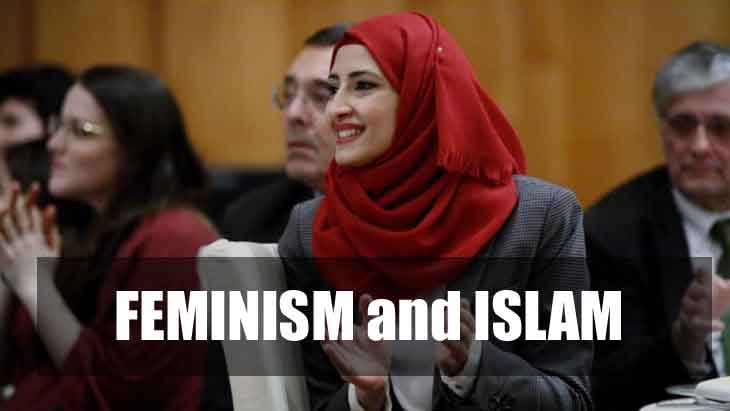 Feminism is a social movement and ideology that fights for the political, economic and social rights for women. It believes that women and mans are equal, so women deserve equal rights.

“My body my choice”

The word “meri marzi” seems cryptic to everyone and different and women rights activists for bringing a “Western agenda” into Pakistan. ... to the well-defined equal rights given by Islam or other religions to the women. Aurat March, which is set to take place on 8th March to raise voices against the atrocities committed against women became controversial as it faced different challenges from court proceedings to disrespectful behaviors’ exhibited by the participants of TV talk shows discussing this march.

Status of women’s in Pakistan:

The status of women’s in Pakistan is one of the systematic gender subordination.There is a third group of women in Pakistan who don’t connect with either secular feminism or conservative ideology – women who are just trying to survive, they even don’t know about the basics rights. The  way of ignoring criticism and conservative pressure is to focus on protecting the vulnerable. “They are facing a different level of patriarchy: food insecurity, health insecurity. . Secular women—which, to secular activists, doesn’t mean anti-religion, but anti-conflation of religion and state—are the ones who have secured legislative change to protect women better over the last 20 years.

Status of women in Islam:

As Islam gives basic rights to the women’s. Surat An-Nisa (the women) it is the second largest surah in the Quran and the whole surah is largely based on women’s and their rights.

the Qur’an says in several places: Allah created your mate from your own kind. There is no trace that woman was created out of an inferior stock to that of man, that they gave woman the status of a parasite and of an inferior, or that the mate of the first Adam was created from one of the left-side parts of his body. Besides that, in Islam there is no derogatory view about woman as regards her nature and innate constitution. Hazrat khadijah the 1st wife of Hazrat Muhammad (SAW) was a successful business woman in trade and was actually the employer of her future husband. His youngest wife, Aisha, was a highly praised scholar who narrated over two thousand hadiths, delivered public speeches, and fought for social changes.