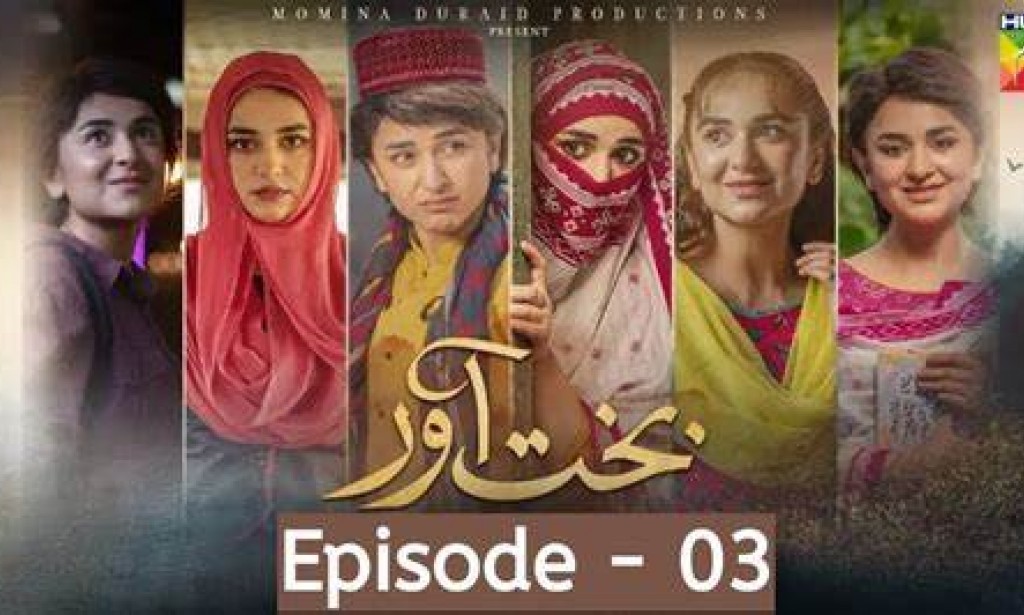 Bakhtawar, a Hum TV drama serial, is quickly becoming one of our favourite Weekend Watches. It is based on Bakhtawar's personal challenges and travels. The stages she goes through in her experiences accurately represent society's attitude toward women. We saw in the last episode that Bakhtawar disguises herself as a boy. Bakhtawar flaunts in front of the world as Bakhtoo, her fictitious twin brother, in this episode.

Bakhtawar opens the episode by surprising her mother with her new disguise as a boy, whom she calls Bakhtoo. So how is she going to trick the world by just cutting her hair and dressing like a boy? Her physical appearance is not sufficing enough to consider her a boy.

Bakhtawar, to our astonishment, fools her landlord and the rest of the world by identifying herself as Bakhtoo, Bakhtawar's twin brother. Street guys made fun of her because she seems girlish, but they never imagined she was a girl dressed in boys' clothing. To be honest, I don't find the whole thing credible. She has all of the characteristics of a girl. It's devastating to learn what drove Bakhtawar to become Bakhtoo.

Bakhtoo is on the lookout for work. She is relieved that she no longer needs to deal with people's lusty gazes or pestering. She considers herself fortunate to be free of it, but she has no idea how difficult her journey will be. Her battle begins as soon as the street lads start giving her bike rides and smokes and attempt to be honest with her. Then she needs to take the bus in the men's section. The irony is that she gets turned down for a position she truly wants because they prefer a female candidate. Bakhtoo's mamoo and Khalo are looking for her and have even arrived at her location but fortunately, they are misguided.

I don't see why any boy will push another boy to ride on his bike. He pushes her even more to take tea with him in a very upscale cafe. When Bakhtoo loses her temper and begins raving about her unemployment. The Cafe manager employs her right away. Bakhtoo eventually gets a job as a waiter. She is working hard and appears to have settled in until the hero arrives. Yes, Zaviyar enters the Cafe, who happens to be a big shot, and the manager introduces him as Malik Sahab. He speaks briefly with Bakhtoo before placing his order. A few minutes later, two motorcycles storm into the cafe and open fire him. When he is badly injured, Bakhtoo is the only one who attempts to save him and remains by his side. Is this going to have a beneficial impact on Bakhtawar's life?